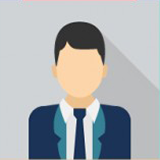 Sofia Pantousa is a PhD student, working under the framework of the European Consortium for the Development of Fusion Energy (EUROfusion), at the Fusion Technology Group (FTG) of the Institute of Nuclear and Radiological Sciences and Technology, Energy and Safety of NCSR "Demokritos", since September 2019.

The objective of her PhD thesis is the investigation of the effect of iron ion irradiation on the properties of Fe-Cr alloys in film form for fusion energy applications. FeCr alloys are the primary component of ferritic/martensitic steels, which are candidate materials for the structural components of fusion power plants and therefore have significant scientific and technological interest.  The ultimate goal is to determine the global equilibrium conditions for the solute Cr in the material matrix and to correlate the observed phenomena to the mechanical and magnetic behavior of the Fe-Cr films under iron ion irradiation.

Understanding the radiation effects of energetic ions and neutrons on steel has considerable scientific interest and additionally important technological impact related to energy production by fusion. These two aspects are interrelated, as a basic understanding of the phenomena will promote the development of radiation resistant materials, necessary for the implementation of the international plans for a fusion reactor in the next twenty years.

Ferritic–martensitic steels based on Fe–Cr alloys are candidate materials for the structural components of fusion power plants. These materials will be exposed to extremely high neutron fluxes and elevated temperatures.

Self – ion irradiation can simulate the neutron – induced radiation damage in materials, because the dominant damage arises from Primary Knock-on Atoms (PKA) in which the neutron energy is transferred.

Decomposition occurring in FeCr alloys during thermal aging is typically occurring between 773 and 813 K, temperatures at which the thermal diffusion is adequate to drive it. Under irradiation, short-range ordering or decomposition can be observed at even lower temperatures, because the point defect supersaturation accelerates diffusion processes i.e. radiation induced segregation (RIS). RIS is the process by which the composition of an alloy is altered due to preferential participation of certain species with the vacancy and/or interstitial flux to sinks.

Τhe objective of the PhD thesis is the study of the effect of iron ion irradiation on the properties of Fe-Cr films as a function of Cr content, irradiation dose and temperature, damage rate and iron ion energy. The focus will be on the determination of the global equilibrium conditions which are reflected by the solute Cr content in the matrix after irradiation. Also the observed phenomena will be related to the mechanical behavior of the FeCr films under irradiation