This specialized irradiation facility is used for radiation damage studies of metallic materials. It allows irradiation of samples at well controlled flux and temperature, from the cryogenic range up to 700 K, by means of a dedicated cryostat. Furthermore, the electrical resistivity of the sample can be measured in-situ during the irradiation. In metallic materials the electrical resistivity is very sensitive to the presence of defects, such as those created by the irradiating particles. In this way the damage created in the sample by the impinging particles can be quantified during the irradiation allowing detailed systematic studies to be performed in a relatively short time.

A short description of IR2

A schematic drawing of the IR2 beamline is shown in the figure below. The dimensions of the ion beam are defined by a variable slit collimator. The sample is held in the beam, attached to the cold-finger of a 2-stage, closed-circle He refrigerator, capable of attaining temperatures down to 10 K. The cryostat is integrated in the vacuum of the beamline. Electrical connections to the sample are provided through an electrical feedthrough at the base of the cold-head. A Faraday cup positioned at the end of the beamline is used for measuring the beam current. 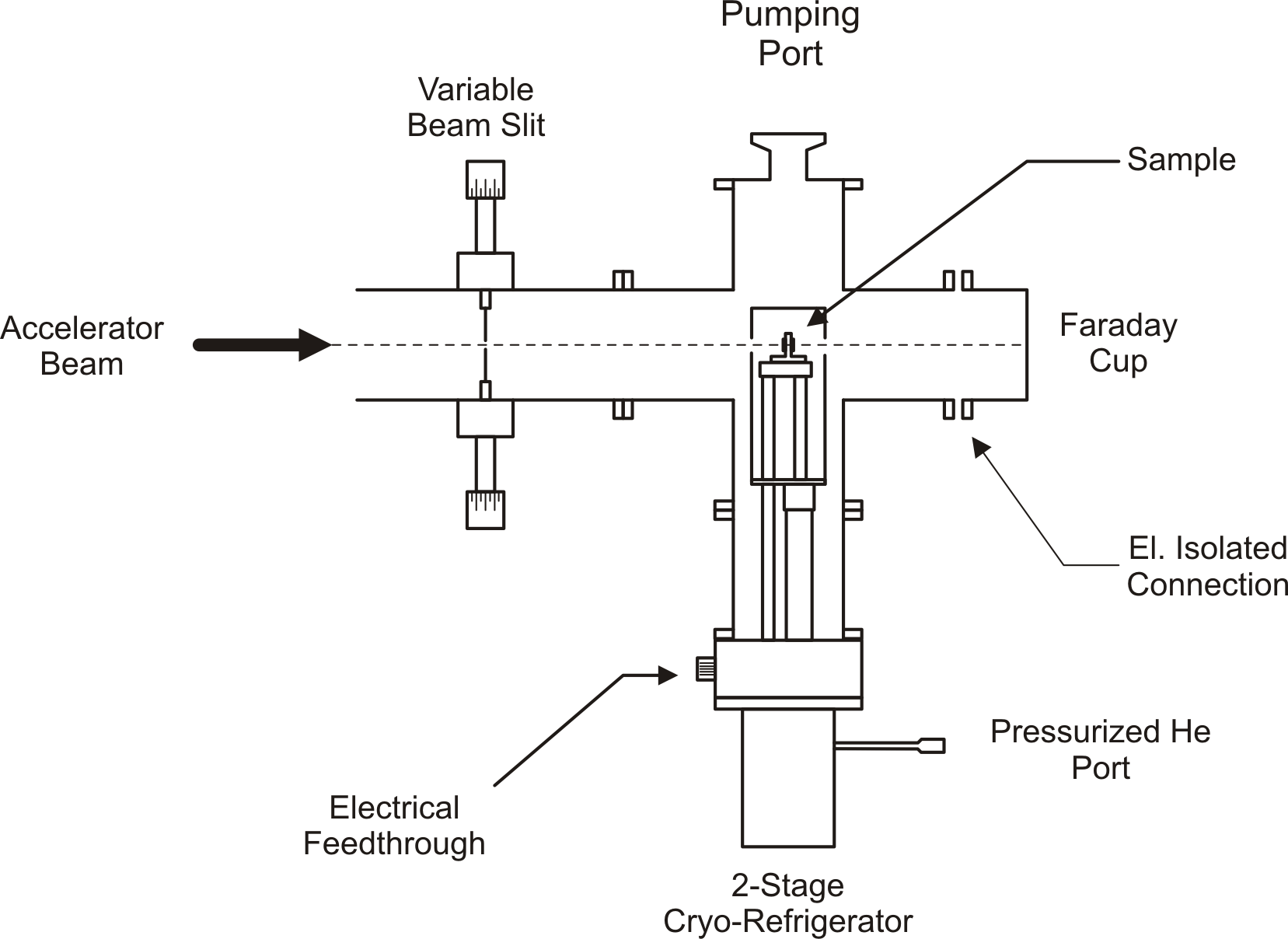 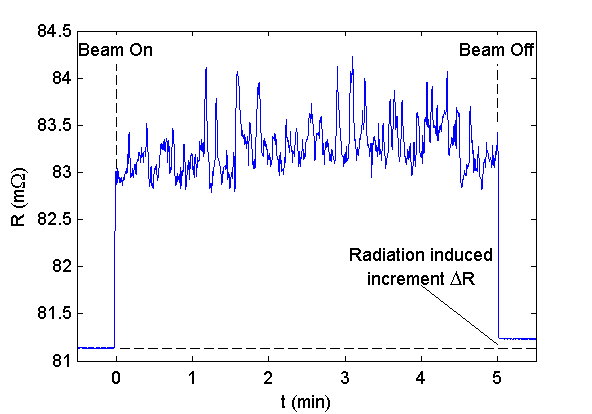 Fig. 2 Resistance trace of a sample (a foil of Fe-Cr alloy) as the ion beam is switched on for 5 minutes and then switched off